Dangers of Cult of Personality

This can be seen in the Jewish Star


When it comes to a Torah equivalent of naming a chapter after someone, would it not be fitting that those whom the Torah chooses be models of fine standing?

Six parshas in the Torah include a specific person in their names: Noach, Chayei Sarah, Yitro, Korach, Balak and Pinchas.

The Torah tells us Noach was the greatest person of his generation. He alone merited to have his family saved, to preserve humanity after the Deluge.

Sarah is the original matriarch, whose untimely death taught lessons to her husband, son and all of us.
Yitro joined the Jewish people after the exodus, partly because of his familial connection to Moshe, but also out of personal conviction.

Pinchas is the model zealot who defended God, His Torah, and morality, earning for himself priesthood, from which he had been excluded, and a midrashic connection to Eliyahu and Messiah-hood.

While Balak is by no means a model character, he is the topic of most of the parsha bearing his name (along with Bilaam) — the only parsha in the Torah not told from the perspective of the people of Israel.

Which leaves us with Korach.

Why does Korach merit the infamy and notoriety the Torah gives him? The hero of the parsha, every step of the way, is Aharon. He wards off criticism that he benefited from nepotism, he rises strong to stop a plague with k’toret (incense), and his stick blossoms to become a model for nipping rebellion in the bud. The parsha concludes with instructions for priestly and levitical gifts — given to Aharon and sons, of course. The sedrah should be called “Parshat Aharon!”

As his name does not appear in the first verse, the suggestion is speculative. Yet compelling!

We are left to understand who Korach was, and why the Torah divisions leave him with the fame he carries to this day.

Prior to his tale of demonstration and rebellion, the rabbis tell us Korach was a model Jew. He was a scholar, a Levite, with good family ties — first cousin to Moshe and Aharon. And he taught his sons to think for themselves.

Korach had a problem, however, in that he was not happy with his portion. He wanted kavod (honor) and power. And most importantly, he wanted to be more of a “somebody.” So he preyed on the weak minds of those who became his followers, and on lightweight arguments that said “current leadership is no good. Things will be much different when I am in charge.”

It is always easy to paint an image of bleak hope and absolute despair when you are not in a position to do anything except point out weaknesses in a system that otherwise works pretty well. But what makes you think that when you get the power, you will be an efficient leader? (the image of Scar from “The Lion King” comes to mind) 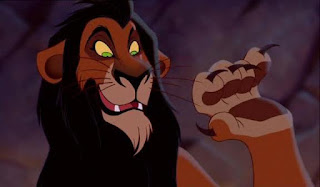 Narcissists see the world in terms of how they can become more powerful, more famous, more “in charge” of as many things as can fit under their umbrella. They seek to make themselves look good by describing their opponents in the most abject of terms, sometimes saying things like Korach said, “Everyone is holy! Are you, incumbent, going to deny that every person is a holy human being?”

It is true that every human being has the power and the potential to accomplish great things. But not everyone is fit to lead — a leader is one who can take charge, take command, and who can bring about a solution that causes the least amount of damage to his constituents. Most importantly, when wrong, he admits to his mistakes and incompetence. Even the greatest of leaders is still a human being.

Whining and blaming others are not character traits of a leader.

Neither Aharon, Moshe or the forefathers have Torah portions named for them. The actions of these great men spoke much louder than their words.

In a time of crisis and a time of upheaval, it is actions that speak loudest. Words, after all, are just words. And they are as empty as the person who speaks them if they are not backed by actions that are sustainable, that do not tear society apart.

Perhaps Korach has a parsha named after him because he embodies an important lesson we can learn from — the unfit leader who relies more on his personality, charm and empty promises than any real-world experience has no place leading the Jewish people.
Posted by A.B. at Thursday, June 10, 2010

If you'd like to arrange a class or series in your synagogue, school, office or home, please contact me via email at avbillet@gmail.com

If you'd like to receive the weekly dvar Torah via an email update, just let me know or automate it yourself by signing up below!